What Makes for Good Digital Innovation?

Last month we hosted a workshop at the University of Salford Business school, speaking to students about what makes for good digital innovation. Here are the key topics discussed, for those who are looking at developing an idea, or are interested in becoming a digital entrepreneur.

How to Come Up with a Good Concept

One of the most important parts when coming up with a viable concept is finding out if there’s a market for it. Try to have a variety of ideas before you complete the research stage; looking into these ideas is key to finding out if they’re already being implemented, or even if your company name has already been taken.

You must make a product that will be easily distinguished from all the other products out there. Every year, entrepreneurs pitch ideas on what the trendiest thing is in that present moment. Find an idea that people aren’t doing – or even ones that haven’t been thought of yet!

The word ‘innovate’ comes from the word ‘new’. There has to be something new about your idea to make it stand out to others. Think about something that’s different to existing concepts, or even something that hasn’t been done before.

How to Implement Your Idea

Now you’ve got yourself an idea, the next step – which is undoubtedly the hardest – is to implement it. For every great idea you’ve seen, there are thousands of even better ones that you haven’t. The ideas that haven’t gone anywhere have failed because, ultimately, it’s not about the product you come up with, it’s about having the ability to implement your concept.

You need to be asking yourself;

How do we turn an idea into a successful product?

The best way to learn and succeed is through failure. If you’ve got lots to learn, rest assured you’ll have to live through a few failures first. With this in mind, it makes sense to make your first few ventures inexpensive ones.

The smartest way to be cost-effective in business is to develop a software platform before moving onto hardware. Hardware is expensive. If you can’t deliver an expensive idea, then why would people invest? How are you going to finance it, and what is the full cost of implementing your idea?

It’s very rare for one person to deliver everything that is needed in the implementation of an idea. If you can’t write software, then how do you expect to deliver a software platform?

Gather a team that can help you build your idea. If you don’t have a team, you’ll have to outsource. This can cause costs to escalate rapidly, and doesn’t make for rapid adaptation!

Not only do you need to communicate your ideas within the team, you also need to make sure you’re communicating them to the right people. Your target demographic need to hear about your product if you want it to become a success. Some fantastically implemented ideas fail because nobody knew about them.

You could have the best idea, a great implementation strategy, communicate it well and still fail to meet your business goals. Sometimes, luck is against you and you may have to start again. Don’t let it get you down, as your next bout of luck may be just around the corner! And remember. The majority of the time you have to fail to succeed! 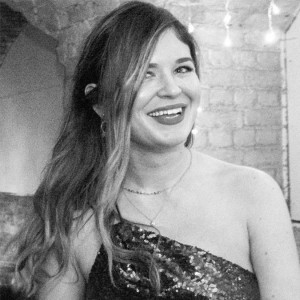 Our Head of Partnerships and Marketing, Rebecca, is responsible for the generation and management of digital marketing content. She is an accomplished copywriter and has experience in SEO. Rebecca also leads our community engagement programmes, and works closely with our key partners.
PrevPreviousRemembering Andy Foster
NextGetting a Job in IT, Without a Computer Science DegreeNext
Find out more about our services, products or read more about us.